Moving to Australia: What You Need to Know

For British people looking to move somewhere abroad, Australia is a very popular destination. If you’ve ever watched Home and Away, it isn’t hard to see why – a great climate, relaxed lifestyle, better quality of life, higher wages, and good looking beach babes and surfer boys. A recent survey even showed that Australia is the number one expat destination for the British, followed by America, Canada, and Spain. Although it’s clear that Australia is a great place to move to, you should still do as much research as you can to find out about the country, lifestyle, living conditions, and job opportunities. Here’s what you need to know if you’re thinking of moving to Australia: 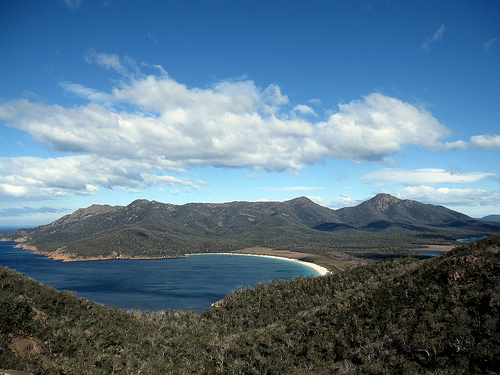 Television media, and sports such as cricket and rugby play a huge part in Australia’s culture. Swimming, surfing, and fishing are all favourite pastimes because of the glorious Australian climate and plethora of gorgeous beaches.

Economy and Jobs in Australia

Australia has low rates of poverty, and is the 13th largest economy in the world. A lot of cities in Australia are also ranked as some of the top cities to live in in the world; Perth, Melbourne, Sydney, and Adelaide to name just a few. The unemployment rate in Australia is low, and there are a number of opportunities out there for people in the I.T, financial, and services sectors.

All non Australian’s who want to come over to Australia need a Visa to stay here permanently. There are a few different kinds out there, depending on your current situation. If you are coming over with work you can get an employment visa, or if you have family in Australia you can get a family visa. Australian citizenship is granted after living there for more than 4 years.

Before you move it’s vital you research the area you’re planning on moving to, so you can check out the local property market and any land for sale in Australia. It’s totally up to you whether you’d like to buy a property or rent, as there are lots of varying properties available.

Australia could be just the place you’re looking for if you want to start a whole new life. The climate, laidback attitude to work, and beautiful scenery have made it a popular destination for many years – and it doesn’t look like it’s going to change any time soon!

Hannah
Hi I'm Hannah and I blog about all things travel. Places I've been to, places I've seen and some top travel tips.

Eventually, everyone is going to be able to travel again, and that day is going to be glorious. Whether you’ve got an international holiday...
Read more
Travel Tips

Capturing Beautiful Wildlife With your Smartphone

Many people think that taking a baby on a self-driving tour is an impossible task. In fact, as long as you are well prepared,...
Read more

Eventually, everyone is going to be able to travel again, and that day is...
Read more
Travel Destinations

There are so many fun and exciting things to do in Canada and Vancouver...
Read more
Travel Tips

Capturing Beautiful Wildlife With your Smartphone

Many people think that taking a baby on a self-driving tour is an impossible...
Read more
Travel Destinations

The Niagara Falls is undoubtedly one of the most beautiful waterfalls in the entire...
Read more
Foods

The city of Philadelphia is rich in history, attractions, and delicious cuisine. It’s home...
Read more

ClickTravelTips provides travel editorials, tips, photos and guides from those who share travel as their passion. Find new destinations for your future vacations.