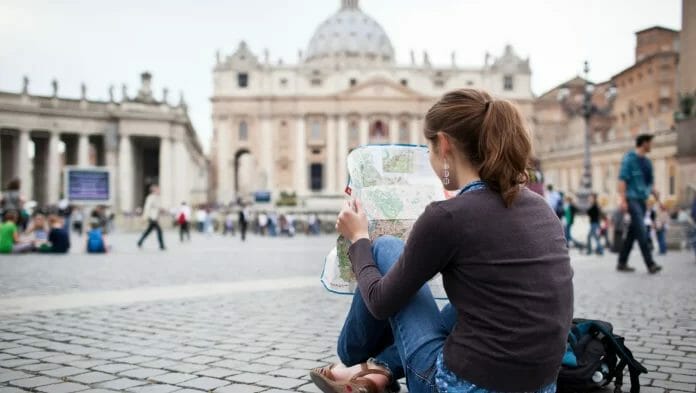 It’s an unfortunate fact that if you’re a woman and you’re looking to travel alone, you might be in danger. There are many countries in the world that don’t have the most progressive laws when it comes to women; if you don’t leave your hotel with the correct clothing in these countries, or even if you don’t leave accompanied by a male companion, then you might meet with some trouble.

While Canada isn’t the best country in the world when it comes to gender equality, it’s extremely friendly towards women and has plenty of provisions for them when they visit. The vast majority of Canadians say that women should be equal to men in terms of rights, so you can be pretty sure that when you visit Canada, you’re not going to get into an argument with some sexist idiot claiming you’re not a full human being.

It’s no surprise that Scandinavia, and countries adjacent to Scandinavia, have a strong record when it comes to gender and sex. Norway is one of the best countries you can visit as a solo woman traveller; although there are systemic issues that the country still needs to fix, you’ll find that there are women in positions of power and women in prominent leadership positions in Norway too.

Once again, we’re in the realm of Scandinavia for our next entry. Like Norway, Sweden has a lot of progressive attitudes towards society in general, and if you’re a solo woman traveller, you’re not going to need to worry about being persecuted in Sweden. This is a country that consistently strives to be a world leader in terms of gender equality, with 96% of Swedish citizens saying that gender equality is a very important issue.

While Angela Merkel is no longer the Chancellor of Germany (that honour now goes to Olaf Scholz), she was a respected and renowned figure on the world stage for many years. Merkel’s policies and attitudes towards the economy shaped European thinking for decades, and she was renowned and respected, both within Germany and globally, as a leader as well. That should speak volumes about Germany’s attitudes towards women travellers.

Of course, the Netherlands has its fair share of misogynists; every country around the world does. However, this is a very progressive country in terms of its attitudes towards everything from gender politics to drug use, and so it stands to reason that the Netherlands would be a haven for women. You won’t need to worry about being judged for your gender if you visit the Netherlands.

France has had a long and hard road towards gender equality in its labour market, and while the country still isn’t quite there – as many of the world’s nations aren’t – it’s made huge strides in recent decades. France is also a place where women can feel safe to travel, as you won’t be accosted or bothered and you won’t be in any trouble whatsoever if you choose to travel without a companion.

If you live within the UK, it’s easy to believe that gender politics are worsening, as many people express anti-women and anti-trans attitudes. However, this doesn’t apply to the majority of British citizens, who support women’s rights and the rights of those who identify as women. In cities like London, Birmingham, and Manchester, you can explore as a woman without fear.

You’d expect New Zealand to be a champion of women’s rights with a president like Jacinda Ardern, who became an international hero during the early days of the COVID-19 crisis thanks to her logical and sensible decision-making. It stands to reason, then, that only 1.3% of New Zealanders believe that men make better leaders than women do. Travelling here as a woman, you won’t experience any problems. 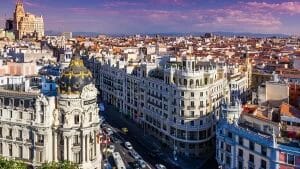 Once again, there are almost certain to be systemic inefficiencies and problems in Spain that make it difficult for women to attain positions of power, as this is true around the world. However, as a traveller, you’re not likely to experience any forms of discrimination as a woman in Spain. The situation is improving, too, with Spain passing new laws back in 2020 that were aimed at reducing the pay gap.

Our final country is technically part of Scandinavia, although some don’t include Denmark when they use the term. As such, you should expect women’s rights to be superior in Denmark, and they are, for the most part, especially when compared to countries in the Middle East or other less women-friendly places. If you visit Denmark, be prepared for a very warm welcome free of discrimination!

These are our top 10 women-friendly countries for solo travellers, but we’ve almost certainly missed a few. The fact is that a huge number of countries around the world welcome solo women travellers, so unless you’re going to countries like Afghanistan or Saudi Arabia, you should be welcomed with open arms in most places you could want to visit.

All About Salò – A Scenic Area for Tourists (Italy)

How To Plan A Hassle-free Holiday In Florida

The Best Escape Rooms In The UK

The Ultimate Guide To Visiting Fiji

Italy: Things To Do In Lake Garda

Around Lake Garda – Gardone, a Resort of Contrasts (Italy)